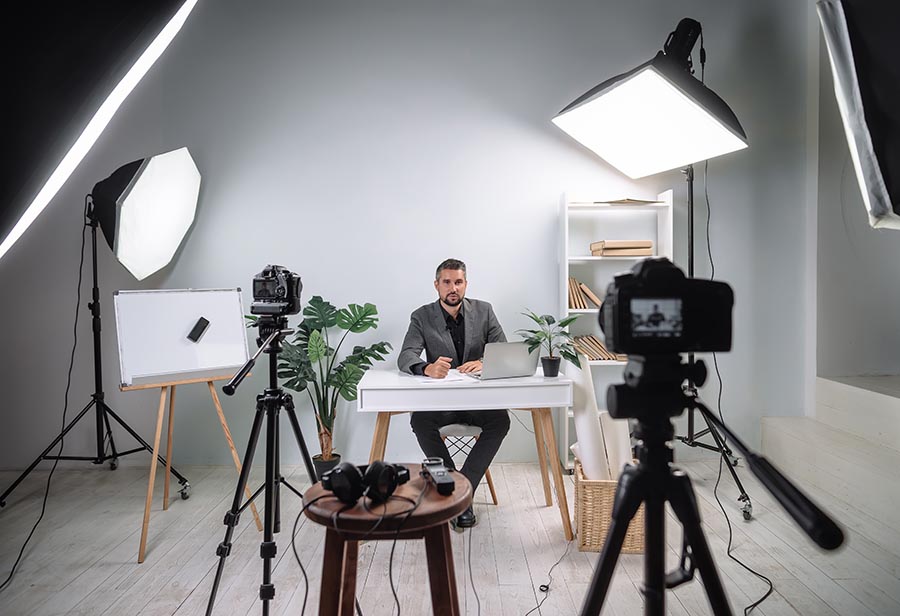 How to Create Evergreen Video Assets

Getting started on filming for your main marketing video is exciting, but before you dive in, you might want to consider the opportunities of what you’re about to capture. You might have thought that film day preparations ended with setting up plans for this one video, but you’d be doing yourself and your brand a disservice to not think further ahead.

As part of your overall marketing strategy, you should be integrating this video into a solid sales funnel or enrollment funnel set up for your school, nonprofit, or business. Whether you’re looking to get more leads, increase sales, improve enrollment, or promote more fundraising opportunities, creating “evergreen” video assets — as in repurposing content used or not yet used — will set your organization up for continued success while saving time and money on filming.

As you’re looking to create assets that will capture your brand identity and achieve conversions, you should be doing ample research on your film location and the people you’ll be interviewing. While you think ahead about actions, events, and wide location shots that you can capture on film to build up valuable B-roll footage, you should also compose interview questions that will elicit both general and specific comments from interviewees with future video subjects in mind.

For example, if you are filming a marketing video for your private school, you’ll probably have a list of students and faculty to interview. You’ll of course want to get their comments on their experience at the school, but you’ll also want to ask questions targeted towards their expertise and interests. If you interview a student who is very involved in the music program, you should ask them about their experience playing in band and plan to shoot B-roll footage of the music department. You might not use this footage for the first video, but these shots can be utilized for other content.

A general rule of thumb for film day is that you should get more footage than you believe you’ll ever use. Once filming is over and you sit down to review the footage, you’ll likely realize that there are many options to work with, but for this particular subject, a majority won’t be needed for the first video you produce. That doesn’t mean your film day was a waste, but rather you can use that footage for future video content to improve your sales funnels. Maintain this mindset as you film throughout the day, and don’t be afraid to think on your feet. Stick to your plans to capture footage for your first video, but think about all the footage as reusable in the future.

Make sure to capture enough shots of the location and the activities that take place there. As you interview people, notice whether they’ve said something really interesting that can branch off to become its own video. For instance, if a teacher mentions how they’ve integrated technology into their classroom, make sure to get footage of computers and other equipment in the school.

Once you sit down to edit, you’ll realize you have hours of footage for only a 2- to 3-minute video, and that’s great news. Not only will you be able to pick out the best shots for your first marketing video, but you’ll be able to shelve hours of content for future use.

As you go through each shot, think about the content in different lights. Does this interviewee have something really unique to say? Ideally, you would have planned ahead for this scenario and captured relevant B-roll footage, but sometimes people have surprising answers to questions. If you didn’t capture enough relevant footage, you can still use their soundbite as a short video for social media, email marketing, or other lead-nurturing content.

When you’re going through the video production process, it’s essential to plan ahead and remain flexible. Whether you have one day to film or a whole week, you can properly plan and film with evergreen video assets in mind.

To fully utilize your filming time, you can hire experienced professionals who prioritize your marketing plan and set you up for success. Monzo Media Productions is passionate about telling your story and helping your organization achieve its goals.

Ready to tell your story? Connect with us today to maximize your video content production and optimize your audience reach.